Home / Explaining Pavement Markings — How They Help You Drive Safely? 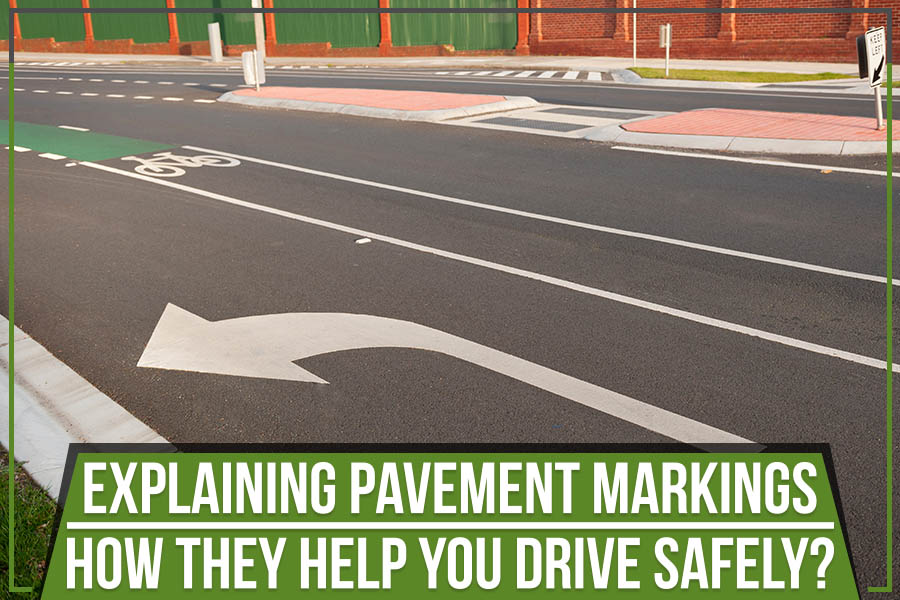 How well do you know your pavement markings? It might be surprising to learn the different types of markings and what they mean. This blog post discusses different markings and explains how to drive safely following them.

White pavement markings indicate the lanes on a roadway. They can be solid or broken lines, and they help drivers stay within their lane.

Markings on multilane and two-direction roads are different from those on one-way streets. Multilane roads have a disjointed white line down the center of each lane. The broken lines indicate that drivers can change lanes if it is safe. The pavement will also be marked with solid white lines next to each lane, which indicates that drivers should not change lanes except to pass or turn.

These pavement markings are used on two-lane roads with traffic flowing in both directions. The road’s center is marked with a double solid yellow line. This means that passing is not allowed except when it is safe.

Multilane roads also have pavement markings that indicate which lanes are restricted. For example, a road with three lanes may have a sign that says, “right lane must turn right.” This means that the pavement is marked with a solid white line next to the right lane, and drivers in this lane must turn right at the next opportunity.

Pavement markings are also used to warn drivers of railroad crossings. The pavement is marked with a series of white lines that form an “X” shape. This warns drivers to slow down and be prepared to stop if a train is coming.

School zones are another place where pavement markings keep drivers safe. These zones will have a series of white lines that form a “W” shape. This warns drivers to slow down and be extra cautious in these areas.

Pavement markings are also used to designate handicap parking spaces. These spaces will have a blue background with a white wheelchair symbol. This is to let drivers know that these spaces are reserved for those with a handicap placard or license plate.

There are also pavement markings that designate no parking areas. These areas will have a series of white lines that form a “P” shape. The sign means drivers are not allowed to park in these areas.

The next time you’re out on the open road, take a closer look at the pavement markings. With some knowledge of what they mean, you can drive safely and more confidently. And when it comes time to repair or seal coat your pavement, Brothers Paving & Concrete is the company to call. We have years of pavement maintenance experience and are dedicated to providing our customers with quality craft in Arlington. Get a free estimate from our team today.

4 Creative And Interesting Ways To Use Pipe Bollards

Why Does A Commercial Parking Lot Need Steel Bollards?

Seal Your Driveway, or No? Pros and Cons Of Seal Coating

Free Estimate
Chat With Us

The Nation's Premier Paving And Concrete Provider For Your Commercial And Homeowner's Association Needs. 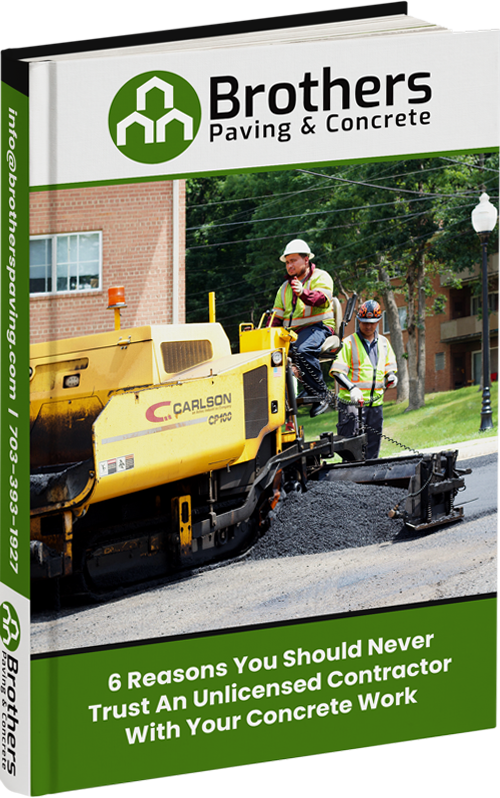 Download Our Free E-Book!
6 Reasons You Should Never Trust An Unlicensed Contractor With Your Concrete Work